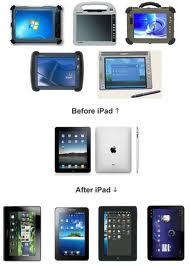 I’ve just finished listening to Steve Jobs’ biography by Walter Isaacson (thank you to Audible). By the way, whilst I generally resist simpering plugs for individual companies, in this case I’m happy to send you there, or indeed anywhere that sells audio books, as gratitude for the transformation to my health. Up until recently Henry Ford had my vote saying, “Exercise is bunk. If you are healthy, you don’t need it: if you are sick you should not take it.” I now feel like exercise is not wasting my time. Whilst walking, cycling or otherwise self-powering myself about the place, I’ve been immersed in the drama of Steve’s life, feeding off his impressive energy to drive me up the next hill.

What did I learn? Well, Steve comes across in the book as an enormously forceful individual with an obsessive character and a passion for design. He believed that design should lead the user experience, not technology. His spiritual affiliation to Zen Buddhism in his early life was probably symptomatic, rather than causal, of his black and white view of life. Things were either “shit” or “amazing”. There was nothing in between. He strove compulsively for simplicity, both in design and in product focus. He used his “reality distortion field” to drive people where they didn’t want to, or didn’t think they could, go. Whilst he was definitely not known for being a ‘nice guy’, let’s be honest, it worked for him and for Apple.

Part of the book’s narrative is built around technology paradigms characterised as ‘open’ and ‘closed’. Steve passionately believed that Apple needed to own the end-to-end user experience, including hardware, in order to design in quality control – a closed approach. The likes of Google are proponents of a (more) open approach that invites consumer driven innovation to varying extents. There are those who feel Apple has betrayed its roots and become the Big Brother it once parodied but that’s a blog for another day. In reading Steve’s biography, I realised I was hoping for an answer to this question: which is better, open or closed?

I pulled myself up short. There’s rarely one right answer and certainly no happy ending in sight to the open versus closed narrative. Life isn’t black and white because people aren’t black and white. The unique Apple culture is a reflection of a unique individual with the passion and energy to drive the company where he thought it should go. Steve also quotes Henry Ford who supposedly said if he had asked his customers what they wanted before coming up with the Model T, they’d have asked for a faster horse. In other words, he didn’t listen to what his customers wanted, he worked out what they needed. To make this work, one needs to have an exceptional vision. Perhaps, in the last analysis, this was Steve’s greatest gift: to build a future that people wanted, even if they didn’t know it.

Without an exceptional visionary like Steve, what’s a company to do? This brings me to the open approach and consumer driven innovation. I was reading a blog post by Jason Dixon regarding Android in which he was celebrating the large number of Android app downloads (over 10 billion now) while lamenting their poor quality. I pondered this issue and came to the conclusion that this is in fact the sign of a very healthy ecosystem. Why so? Well, in the absence of a visionary like Steve Jobs, it is the sheer number-crunching power of the crowd that will micro-innovate us towards the future. It’s essentially natural selection at play in the technology ecosystem, relying – as does evolution – on a staggering number of mistakes to eventually ferret out success. The only way to generate the volume of failure required to create success is to expose technology to the crowd. An open approach. The problem with the open approach is that companies who start out that way become increasingly afraid of failure because they feel they have more to lose as they grow. Innovation is inversely proportional to the intolerance of failure (Dawson’s Law).

As a point of interest, that’s not exactly the basis of most education systems. The DNA of most education systems is success-focused with failure seen as, well, failure! I’m certainly not the first to point out this fact but perhaps this is where we find the genetic parent of the closed and the open technology paradigms. In different ways, they provide a strategy for managing risk and reward. In the case of Steve Jobs, he had the combination of personal qualities and the seniority required to bet the company on his instincts. Apple was agile and innovative because Steve had the sheer willpower to make it so. I mean, look at the iPad? Who’d have guessed, eh? The important question is: what happens to Apple without Steve at the helm?

For companies with an open culture who rely, partially or completely, on crowd-driven micro-innovation, risk and failure are happening thousands of times a day and slowly but effectively evolving their products. You only have to look to the natural world to see how well this approach can work. The challenge here is to find ways of curtailing the ascendancy of corporate risk aversion as the share price rises.

In this characterisation of the open and closed technology paradigms, I’m thinking the closed system will only really work with an exceptional leader at the helm. A rare breed. For the majority of companies, the open approach is more likely to deliver sustainable and consistent innovation because the risk attached to each micro-step is relatively low but the cumulative reward is potentially (and eventually) great. After all, this evolutionary approach is nature’s greatest achievement so we’d be fools to ignore it, wouldn’t we?