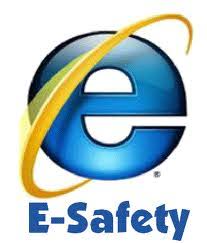 While exploring yesterday, I discovered a blog entry about what is generally termed eSafety, a subject I’ve been meaning to blog about. The editorial slant was not victim-oriented, but rather led with the potentially undesirable consequences of using the Internet in terms of privacy. In particular, it referenced MMS sexting by minors and the potential longevity of the personal consequences. The phrase that caught my attention was “permanent and public”. That is, everything and anything that one puts out into the aether (mobile or Net) may be, or become, permanent and public. For me, the key challenge is – if you’ll excuse the semantics – not so much eSafety as eSense; that is, an understanding of how to use technology in such a way as to avoid undesirable consequences, most of which have little to do with safety in the traditionally understood sense of the word.This is a subject that interests me because I believe that technology has a central role to play in facilitating learning and that means introducing young people to technology in an authentic but responsible manner. For simplicity, we can talk about three broad stages: primary (to age 11), secondary (11 to 18) and tertiary (18+). These stages broadly align with the same categories in the UK school system. I think there’s justifiable clarity about a zero tolerance approach to inappropriate content and contact in the primary stage. Equally, I think it’s clear that individuals over the age of eighteen take full responsibility for their actions.

The challenging category is the secondary stage as it represents the transition from child to adult with the associated dynamic boundaries and, inevitably, conflicting views. It is the stage during which schools are, at least in part, responsible for ensuring there’s a managed transition from complete technology regulation to free choice. At least it should be, but actually I think in many cases schools abrogate their responsibility by adopting a default position of full regulation, usually by blocking access to personal devices and undesirable Internet sites. A common refrain from frustrated students is that their technology experience outside of school is far richer than in school. This is a deplorable position but one which schools may justify using three broad categories of argumentation:

In my opinion, full regulation during this transitional period is unjustifiable, both in a purist educational sense, and in terms of schools’ more general social responsibilities. With regard to the former, schools must prepare young people for a digital world through engagement with the full Internet experience and all that it brings. This means a 21st Century digital curriculum that embraces technology and the experiences it facilitates across all subjects and stages. With regard to the latter, young people must be allowed to learn how to self-regulate their behaviour in the digital world as they would in any other environment.

There are two fundamental reasons I believe schools have, in the main, adopted an undifferentiated approach to the regulation of technology. One is that they do not understand the risks and fear the worst, for example a parent backlash, potential legal implications and/or adverse publicity. The second is that they do not think they can manage the undesirable behaviours such as texting while the teacher is speaking. It is simply easier to impose a blanket ban on mobile phones and all undesirable Internet sites and avoid a whole range of undesirable behaviours altogether. Of course, in so doing they also vastly diminish the educational experience of technology and the opportunities for learned self-regulation. My antidote to this approach begins by redefining the challenge as follows:

The reason for the obsessive semantics is that this differentiation demands a strategic differentiation rather than a homogeneous approach. The protocol that describes a school’s response to eLegality issues such as data protection, freedom of speech, privacy, plagiarism and copyright is unambiguous. A breach of these protocols by any member of a school, staff and students alike, would carry appropriate consequences.

The eSafety protocol would reflect the more generally understood meaning of the word as intended by such organisations as the Child Exploitation and Online Protection Centre. It is focused on preventing young people from placing themselves in potentially harmful situations or indeed causing harm to others through their actions, for example by cyber-bullying. The key word in this context is “harm”. There is a process of education involved in recognising potentially harmful situations but it is quite clear-cut and well suited to being addressed through a protocol or code and delivered as a discrete eSafety module.

This leaves eSense as the purer educational strand of the three. I define eSense as learning how to make good judgements about the use of technology, fully cognisant of the consequences of one’s actions. In other words, the pursuit of self-regulation. It’s a set of skills that takes time to learn and although may be summarised in a protocol, is actually the substance of a 21st Century digital curriculum that is threaded through all subjects and stages. It also embraces a more values-oriented element in terms of acceptable behaviour. For example, young people generally know it’s not OK to text while the teacher is talking but the broader principle is: we demonstrate respect for educators by giving them our full attention when they request it. It doesn’t matter whether the distraction was a mobile phone or a magazine, it was a breach of a core organisational value.

An important consequence of a more granular and differentiated approach is that risks and consequences are more clearly defined and placed in perspective. There is risk in every action and it is the responsibility of leaders to put in place protection proportionate to the risk. I take the safety of young people very seriously, especially as a parent of a 14 year old daughter. However, I also know that the statistical risk of her coming to harm as a result of her behaviour online is a fraction of the risk I allow her to take when she rides her bicycle on the road. As a parent I must balance the risk with the rewards. This is the very same judgement education leaders must make and, in my view, a lack of understanding is leading to a significant over-reaction to the potential risk, the consequence of which diminishes the educational experience.

In developing differentiated, granular and clear protocols, schools support learned self-regulation, thereby managing the transition through the secondary stage in a constructive and progressive manner. Understanding the nature of the digital environment through feedback of this sort is also more likely to lead to the generalisation of appropriate behaviour beyond the school gates in partnership with parents. For example, part of eSense is the recognition that the fingerprint we create in the digital world through our behaviour is very persistent. Ask Eric Schmidt about his Google fingerprint! Even he couldn’t get Google to erase his tracks. “Public and permanent”.

In order to be successful, the learned self-regulation approach needs two key ingredients:

1. A system to monitor behaviour
2. Consistent consequences for inappropriate behaviour

N.B. The positive reinforcement is unregulated access to a rich digital experience

Well, seeing as we’re talking about technology, you won’t be surprised to learn that there’re a variety of audit systems available which can record both Internet and local network activity down to individual users and devices. These systems often integrate a rules-based alerting system that will ensure there is timely feedback of inappropriate behaviour. Most young people quickly learn to modify their behaviour through consistent and rational feedback. As with most systems of this type, there is an initial investment of time to re-set expectations, but the reward is well worth the investment.

So rather than ban the technology, why not embrace it using learned self-regulation as the core approach?Take the opportunity to thread an eSense strand through your existing curriculum, focusing on using technology to enrich and extend the entire learning experience. Use this as the basis for creating a 21st Century digital curriculum.